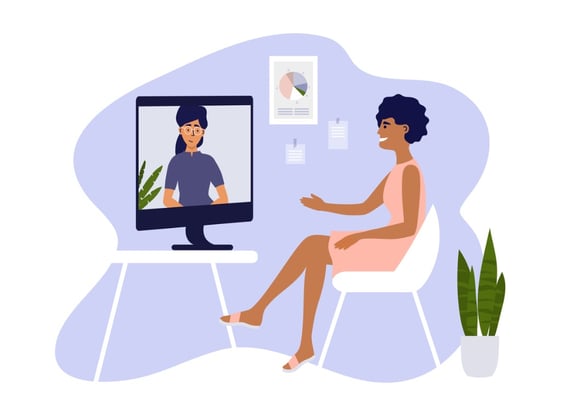 This is part 5 of our 8-part series in celebration of Women’s History Month.

These women’s stories will not only educate, but inspire. Read on to learn how Paula Jackler found her way to financial independence.

In this series, we’ve spoken several times about the gender pay gap. We’ve looked at studies proving that women make only about $0.80 for every dollar men make in America.

And while this helps illuminate a systemic gender divide, it only scratches the surface of the problem. We must also take an intersectional approach to considering women’s relationships with money and finances. Because the truth is, things are even more challenging for women of color.

Black women in the United States make less than two-thirds of what white men make—just $0.62 on every dollar. This becomes even more staggering when you factor in education. Per capita, more Black women go to college than men—and yet, they still make 35 percent less than their male peers with bachelor’s and master’s degrees.

To make matters worse, this pay gap is even more substantial for Latina women. Latinas earn just over half ($0.55) of every dollar white men make. Progress has been nearly non-existent—three decades ago, the discrepancy was almost the same. And, like Black women, Latinx women with bachelor’s degrees still make only $0.63 compared to their white male peers with the same degrees.

Paula Jackler is an Afro-Latinx woman. Born and raised in Brazil, she immigrated to the United States as a young woman. While she’s now a highly successful marketer, she is no stranger to the pains of racism, sexism, and xenophobia. She has experienced firsthand the unique challenges that one faces being simultaneously Black, Latinx, an immigrant, and a woman in America.

We interviewed Paula to understand her unique journey through life and personal finance—from humble beginnings and hard work to success as a homeowner and businesswoman.

Paula Jackler: “The more we don't talk about it, the more the stigma stays there.”

Paula was born in Rio de Janeiro, Brazil, in the mid-1980s. Back then, Brazil was not a developing BRIC country the way it is today—it was still thought of as a “third-world country.”

Paula remembers her childhood fondly. “I grew up in a poor family,” she recalled, “but it was a lot of fun. My parents were fun. The community was fun. I was lucky to be surrounded by family.” She didn’t really grapple with this poverty at a young age because there was no point of comparison—everyone was in the same situation.

This changed, however, when her family moved to Brasilia, the country’s capital, in search of a more prosperous life. There, they had to rely on the generosity of their fellow church members for some time when housing was unaffordable.

“People at the church let us stay with them for a while,” Paula explained. “So, for about a year, we shared one bedroom between the four of us. That didn't feel like home, but I was 11 and couldn't understand exactly what was going on.” Paula’s family continued to move around for quite a bit, ultimately living in their church, as that was where her father worked.

Then, Paula made her way into one of the best private schools in Brasilia. There, she was surrounded by wealth, attending classes with the sons and daughters of Brazil’s political upper crust. This brought about a big realization.

“All of a sudden,” Paula remembered thinking, “I am very aware that there are people in the world with a lot of money, and I'm not one of them.”

Paula’s grandmother was a massive influence on her life growing up. Born in 1925, she was the daughter of a former slave. In Brazil, slavery wasn’t abolished until the Golden Law was passed in 1888 (meaning that Paula herself was born less than a century removed from slavery).

As Paula recalled, her grandmother came from “another era and was a very strong woman.” Born in the countryside, she never finished grade school. And when she got pregnant with her second child, her husband told her: “‘I don't want to have a kid,’” he said. “‘I told you… I don't want to have a family.’ And then he split, and he left her.”

But Paula’s grandmother was determined not to let that define her. She took the path of a survivor: “She would just say, ‘You know what? I am not a victim. I am in control of my own destiny.’”

She asked her mother (Paula’s great-grandmother) to help raise her two daughters while she moved to Rio de Janeiro and created a life for herself. She wanted to be successful without relying on a man. And she wanted the same for her daughters: “‘If they want to get married and have kids and have a life with a man, that's going to be their choice. It's not because they need to.’” This was a fairly progressive idea for the early fifties in Brazil.

Paula’s grandmother always advised her to keep a secret bank account while married. “‘You always have to have a stash that your man doesn't know about. Because if something happens, you should be able to take care of yourself.’” In previous Women & Wealth articles, we discussed the importance of women having their own credit and take charge of their finances. This lesson on self-reliance stuck with Paula. Although she is currently happily married and works together with her husband towards their joint financial goals, she jokes that “it’s pretty safe to assume that every woman in my family has a savings account that our husbands don’t know about.”

Paula’s immigration: from MBA to nanny

Paula immigrated to the United States at age 24 in search of a better life. Before making this journey, she made a few promises to herself.

Paula experienced her share of difficulties while establishing herself in the US working world. Despite the fact that she had a master’s degree in Brazil, she worked as a nanny for six years. She paid for English classes, an additional two-year degree, and then business school in the States but, in order to do so, accrued a lot of debt.

It made her parents wonder what she was doing. “At some point, they were very disappointed. Because all they could see was a daughter who was very successful in Brazil with an MBA, and she keeps working as a babysitter, and she won't come back home. She's wasting her youth, and she's wasting money.”

Paula knew that all of it—the debt, the compromises, the struggle—was an investment in her future. This wasn’t just wishful thinking, Paula took action to enhance her financial literacy. She joined an online community of Black women that were united in their shared experience towards financial freedom. Through this community, she gained valuable insight and strategies into overcoming debt and finding financial independence.

And, as she soon saw, all of her hard work and struggle would pay off.

Paula finally broke into the tech scene in New York City. But her challenges didn’t end once she got a job—they were replaced by new ones.

Being a Black, Latinx, immigrant woman in tech (often a white American man’s world) is something Paula does not shy away from discussing. In fact, she believes conversations about these experiences to be necessary: “I will be the first one to disclose all of my experiences because we have to normalize that.”

One thing she noticed is how often she is unfairly judged for the way she expresses herself. “I'm a little bit louder, and I talk with my hands, so people perceive me as aggressive. How does that impact my career?” Latinx and Black women often face such stereotypes, which can hinder their professional growth and, consequently, their financial outlook and ability to build wealth.

What Paula has realized is that racism and sexism don’t have to be overt—an issue she has trouble explaining to her friends who are not people of color. “I’m trying to make them realize that it is different. There are certain nuances that I, as a person of color, go through when we're having conversations about money and career and leadership.” While her white colleagues may not notice these nuances, that does not detract from the fact that they do exist and have very real impacts on a person of color’s day-to-day experiences.

Paula also sees this kind of covert discrimination as an issue for women in the workplace in general—and something that needs to be confronted head-on. Paula puts her philosophy simply: “The more we don't talk about it, the more the stigma stays there.”

Paula believes women should disclose everything. They should talk about the taboos—like salary and compensation. Research has shown that 8 in 10 women aren’t comfortable discussing finances. Paula has attempted to identify the origins of this discomfort. “Women don't talk about money in the workplace. Why is that? Because they're embarrassed? Because there's that fear of, ‘Why would I disclose this information? What would that person do with that information? What if I make more money than them?’”

It boils down to a fear of transparency; a fear that women may use their salaries or other personal financial information against each other. But, as Paula asserts, women need to be more supportive of one another. They should not be afraid about sharing this information with each other. “That’s the reason why I have that conversation,” Paula explained. “I don't mean to sound arrogant at all. I truly believe in myself—in the quality of my work and in my discipline. So if I disclose that information to you, and you try to use that against me, that is all about you. It's 100% about you. 0% about me.”

Paula leaves us with a few gems of advice.

It wasn’t always easy, but Paula used these strategies to take control of her career, negotiate the salary she deserved, and fight for herself financially. Ultimately, she was able to reach the financial success that seemed so uncertain when she arrived in the US. Now, she’s a homeowner with a great career, establishing true financial independence and stability.

Paula wants every woman—especially every Black, Latinx, immigrant woman—to learn how to take control of their careers and finances. Only when you have true financial independence you can be truly in control of your life.

The responsibility to be better falls on all of us, from individuals to institutions. We can—and should—be better at helping women, especially women of color, achieve financial literacy and independence.

Women & Wealth: Know Your Worth And Fight For It