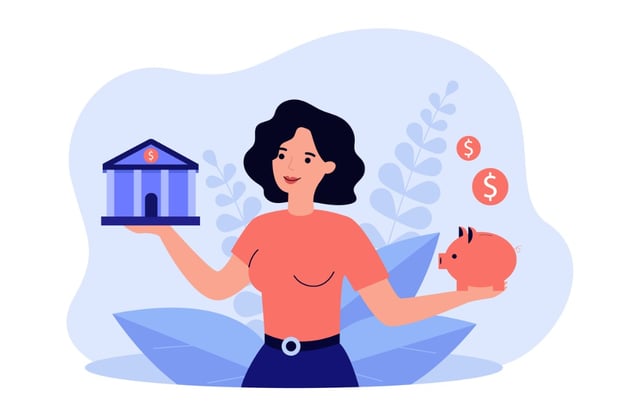 Women & Wealth: How Gen Z Women Are Managing Their Money

This is part 6 of our 7-part series in celebration of Women’s History Month.

These women’s stories will not only educate but inspire. Read on to learn how Julie Roffo and Kelly Powers found their ways to financial independence.

We’ve spoken at length about the gender pay gap—namely, about how it relates to salary negotiations and race and intersectionality. But we haven’t covered how it affects women in the youngest working demographic, Gen Z.

Things aren’t perfect—but they are looking better. The general wage gap has women earning $0.80 for every dollar men make. However, women under 30 (Gen Z and some Millennials) actually earn $0.84 on the dollar. While this difference in pay can still amount to tens or hundreds of thousands of dollars over a woman’s lifetime, it appears that things are generally moving in the right direction.

And while they’re hyper-aware of the dangers of student debt (61% would take a job they don’t like to make sure they don’t fall behind on payments), they’re still accumulating more credit card debt than Millennials.

So, while some things are getting better, there is still a need for broader financial literacy among the youngest working generation. To get a better idea of where things stand, we interviewed two successful women under 30. We wanted to get their insights on being a young working woman in today's climate—their ongoing hurdles, triumphs, and goals. Kelly Powers, the Director of Provider Experience & Strategy at Talkspace, and Julie Roffo, the Marketing Coordinator at Roostify, joined us for this interview.

Kelly and Julie had different upbringings—and while those experiences engendered different feelings towards personal finances—the two ended up being strikingly similar, both in their financial successes and their challenges.

Kelly grew up in a small, blue-collar town in New Jersey. She lived in low-income housing until she was five. “It was tough, at times,” Kelly recalled.

While her parents rented for much of her childhood, they eventually became homeowners. Still, like many Americans, money sometimes proved to be a challenge. “I was aware of the anxiety money caused,” she remembers. While she didn’t have any formal financial education, she made it a priority to make sure she was always making money.

She got her first job working under the table at a pizza shop at 14. It was her dream to someday work in an office or enter the white-collar world, although she feared she didn’t have the financial literacy to get there. But she endured—driven by her work ethic and determination, Kelly put in 80 hours a week to pay off college, semester by semester. Even when she was forced to take a semester off because she couldn’t afford the next one, she continued to save. And ultimately, she did it—she graduated and entered the white-collar working world.

Julie grew up in Massachusetts. Her parents came from humble beginnings but were able to give Julie a better life than they had, putting her through private schools and teaching her the value of homeownership. In fact, homeownership is deeply ingrained in Julie, as her dad built the home they lived in with his own two hands (with some help from her uncles). Homeownership was something they spoke about regularly—Julie can even retell the details of her parents’ first home.

They bought it when they were 23. As Julie recounted, she took note of her parents’ saving strategy: “My mom always said that they just started an account, and every week, each of them would put in the same amount of money… and eventually they bought a house. So, that’s what I started doing.”

Julie took pride in following in her parent’s footsteps and now hopes to own a home in the near future. Ever since she was 16, she loved having a job and putting money away. These responsibilities gave her a sense of accomplishment.

Fast forward to 2021—both Julie and Kelly are in successful tech jobs, making a name for themselves in their industries. However, they’re also both dealing with a universal commonality in many American women under the age of 30. Despite their achievements to date, neither Kelly nor Julie ever received formal education on financial literacy or navigating the workplace as a woman. And that is the source of a lot of confusion and stress.

Confidence gap: not knowing your own worth

In previous articles, we’ve spoken about how women of all ages have lower financial literacy levels than men. This has broad-reaching implications—for one, it affects their abilities and confidence when it comes to building wealth and navigating their own financial decisions.

For instance, women hold 71 percent of their wealth in cash, versus 60 percent of men. That means women are investing less of their money, leading to less wealth generation later in life. The unfortunate consequence of this is that women retire with only about two-thirds of the wealth that men do.

For Julie and Kelly, these disparities in financial literacy have impacted several areas of their financial journeys. It starts on the salary negotiation level—understanding their worth and having these hard conversations at work. They also don’t feel equipped to invest and save for their 401ks. One of the biggest problems is that they were never given formal financial education—not on wealth building, not on navigating careers, and not on homeownership. They understand the concepts, but not the ins and outs of actually making these things work for you

As Kelly explains it, “I didn’t have financial literacy; my parents weren’t explaining interest rates or secured credit cards or loans.” Discussing things like buying a home or other long-term investments was also not common. Now, as an adult, she’s making strides to grow in her financial literacy. But she still feels uncertain: “I would love to learn more, but I do feel really overwhelmed. I'm reading about it, and I feel very anxious making decisions around finances.”

While Julie understands basic financial matters, she’s found herself in a similar boat. As she described it, “Retirement and 401Ks and stocks—the big stuff, the wealth-building—I have no idea how that’s supposed to go or when I should start thinking about it.”

When it comes to salary, Kelly is tentative about negotiating. “I think the fear [of negotiating a salary] comes from not necessarily feeling like I'm good enough or understanding that I’m working hard, to be honest.” She also fears there may be repercussions for trying to negotiate: “If I ask for more, will that put me at risk in some capacity?”

Much like Kelly, Julie also struggles to empirically measure her value at work. “Personally, I don't think I would know where to start with that.” These young women are not alone. In fact, multiple

studies show that women often undervalue their own abilities, while men tend to overvalue theirs. Echoing many other women’s sentiments, Julie put it simply: “I don’t know if I deserve it.”

This “confidence gap” is one of the biggest contributors to the wage gap, as it factors into everything from salary negotiations to bonuses. Women need to be given better financial education—they should be taught to recognize their own worth and to empower themselves to be their own advocates.

While both Julie and Kelly are still learning, they do have crucial advice for other young women who are trying to attain financial independence.

In fact, their best lesson is exactly the same—get a credit card as soon as you can and do everything in your power to pay it off every month. After all, while Gen Z has a higher credit card score than Millennials on average, they also have more debt. Credit card debt often incurs high-interest rates and can be crippling.

A credit card is a tool, so make sure you make it work for you. Get one with a rewards program and put all your expenses on it—as long as you can pay them off by the end of the month. Kelly used hers to buy books for school and ended up with travel miles. “I was able to get a trip to Ireland from that,” she remembered fondly.

Julie is also aspiring to purchase a home in the next year or two. Much like her parents did, she wants to secure a home early in life and begin growing her wealth as soon as possible. And she’s not alone: according to our proprietary data at Roostify, we’ve found that Gen Z is the largest growing demographic of home loan-seekers, and their numbers more than doubled during the pandemic. Julie is joining the ranks of her peers in her drive to homeownership.

While Kelly and Julie have more to learn and grow, they give a great example of what it’s like to be a young, ambitious working woman in America today. Yes, they are still developing their skills and knowledge when it comes to financial literacy, but they are aware of the situation and have made great strides to date.

From financial institutions down to the individual, it’s on all of us to make sure we prioritize financial literacy whenever possible. 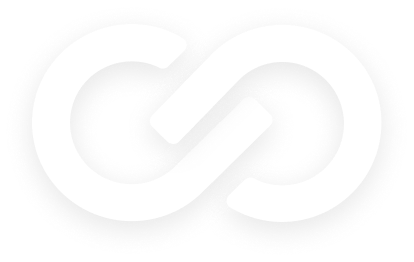